Once again, the district of Poblenou celebrated on December 16 the expected Open Night party formed by more than 80 spaces associated with Poblenou Urban District whose objective is to open the doors to all the public to offer activities of all type, as for example, aerial dance shows, exhibitions, gastronomic days or concerts.

The Open Night turned into a magical night vert enthusiastic to all the visitors. In particular, Hostel Twentytú, took advantage of this opening of doors, with its consequent influx of capacity, to organize an evening of solidarity whose share of the benefits would go to the Catalan Down Syndrome Foundation. To this solidarity event, the young people of the Joan Llongueres School of Music wanted to join it offering a spectacular and entertaining rock concert and, afterwards, put the finishing touch the chorus of boys and girls with Down Syndrome belonging to the Foundation and the School which became the stars of the event.

After the musical part, being held in the Twentytú room, the evening continued in the terrace with a Show Cooking of Fideuá accompanied by a DJ session with the breathtaking views that this space offers. 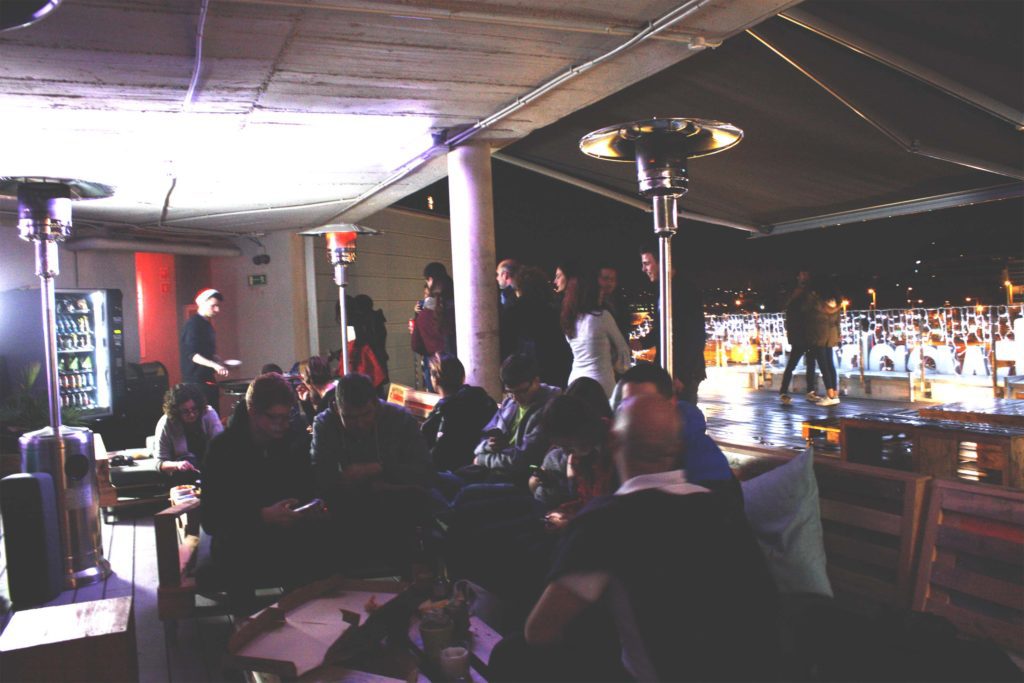 On the other hand, other establishments celebrated their Open Night with success. Specifically, Sala Razzmatazz celebrated its already legendary «Open Night After Party» or the organization Poblenou Urban District that carried out the activity called «Urban Club» that was held in the multifunctional hall of the BAU (Center of Design University of Barcelona) filling the Concert space, cocktails, swing dances and gastronomic spots.

Finally, we have to say that, it has already reached to the third edition and it seems that many more are expected due to its gradually positioning  as one of the most important festivities in  Barcelona since every year it fulfills its objectives: To show the different spaces of Poblenou, the neighborhood itself, its history and, above all, to enjoy an unforgettable evening.

Click one of our contacts below to chat on WhatsApp

WhatsApp Chat is free, download and try it now here!